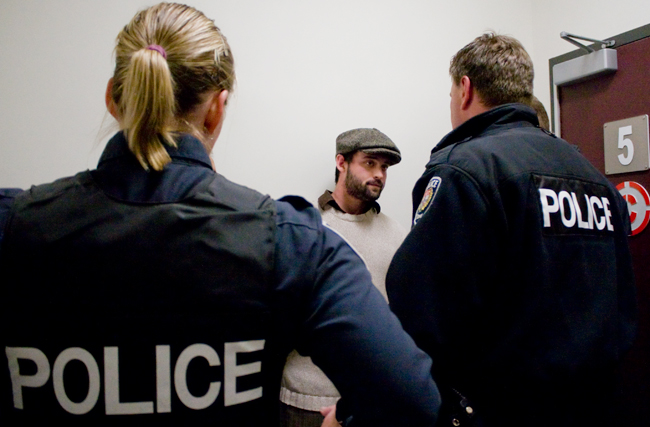 OTTAWA – Carleton University graduate student Austin Millar is questioned by police during a student sit in on April 14. Millar and undergraduate Sam Heaton (not pictured) lead about 40 students into an emergency stairwell in the hopes of gaining access to university president Rossan Runte’s office. The doors were locked and and the police were called after the situation was deemed a fire hazard.