Well I’ve made it… or almost.

I’m in San Jose, I need to be in Nosara…

I should start with mentioning that I didn’t sleep the night before my departure, my nerves made sure of that.  Thus at 5am Ottawa time (4am Costa Rica time), on zero hours of sleep, I trekked out to catch a bus to the airport.  Ottawa was freezing, something like -30, I wore the only pair of pants I’m bringing, in addition to my packed sweater and windbreaker – I was just warm enough to wait for the bus. 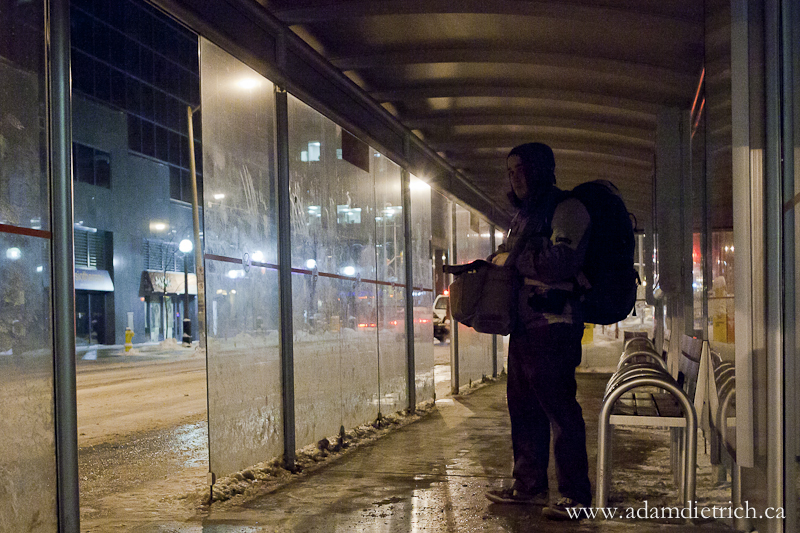 Departing Ottawa was like clock work.  However, because of the sub-arctic temperatures they had to coat the plane in a layer of anti-freeze.  It was a little concerning at first because we weren’t told that this would happen.  Suddenly moments before the engines lit to carry us into the sky the plane stopped and a weird looking truck drove up to the plane.  A part of the truck lifted on a small crane attached to the back and then began spraying the plane in an orange mist from some attached hoses.  I deduced it must be anti freeze. 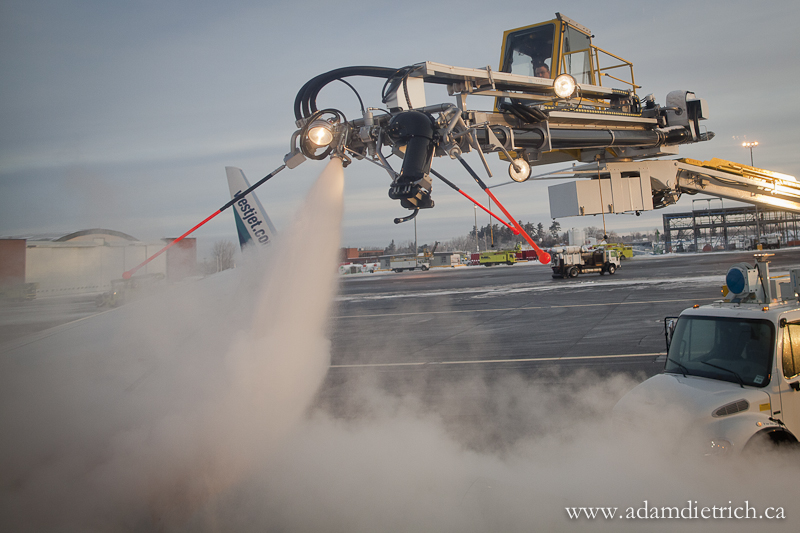 Strange looking machine attached to the back of a pick-up truck coating the plane in anti-freeze.

In Toronto I had to re-check my bags, because I was transferring through Miami and the US makes you clear customs (even if you’re just transferring through an airport) before you take off.  I arrived in Miami and had 45 minutes to race from one end of the huge airport to the other.  Than my flight was delayed, so I bought Wendy’s and watched Boston Legal to pass some of the time. 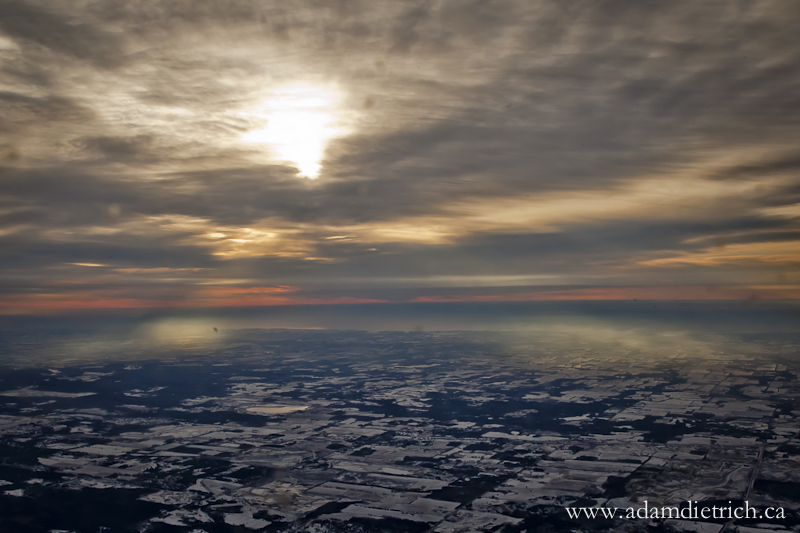 The view from 25 000 feet, descending over Toronto, the light poking through the clouds made some cool patterns on the fog below, like spotlights.

One more uneventful flight (third flight that day) and I landed in San Jose, Costa Rica.  I was bound and determined to get downtown via local bus as opposed to taxi, which meant saving around $19.60 USD.  It also meant dusting cobwebs off my Spanish, despite running on zero energy.  The bus rise was a little tense… I didn’t know where the stop was, what it looked like, when to call the stop, how to call the stop or if I was even on the right bus.  Turns out I was, the bus dropped me off about a block from my hostel where I am now.

The hostel is cool, painted in random colours and run by some fat American ex-pat who wanders around between the front desk and his Wii console…  That said this place has charm I was told there were three rules that applied to me when I arrived: 1. No drugs, no outside booze, they have their own 24h bar.  2. Return sheets and towels when I check out.  3. Be cool.  I’m in an 8 person room, the hostel is almost empty right now and my room is something like $10 a night. 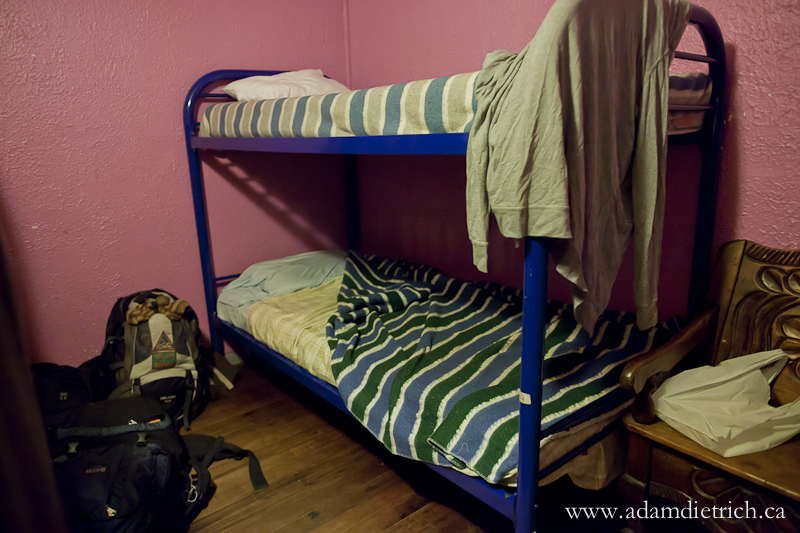 My bunk for the next two days, home sweet home.

I haven’t slept in two days.  The last three have been a crazy emotional rollercoaster, however, sitting here typing this out over a beer in the front foyer of the hostel has me facing a really cool new reality… I’m actually going to be in Costa Rica for the next six months. Crazy.  Anyway, I need to sleep, tomorrow is touring around and I need to purchase a bus ticket to Nosara for the day after. 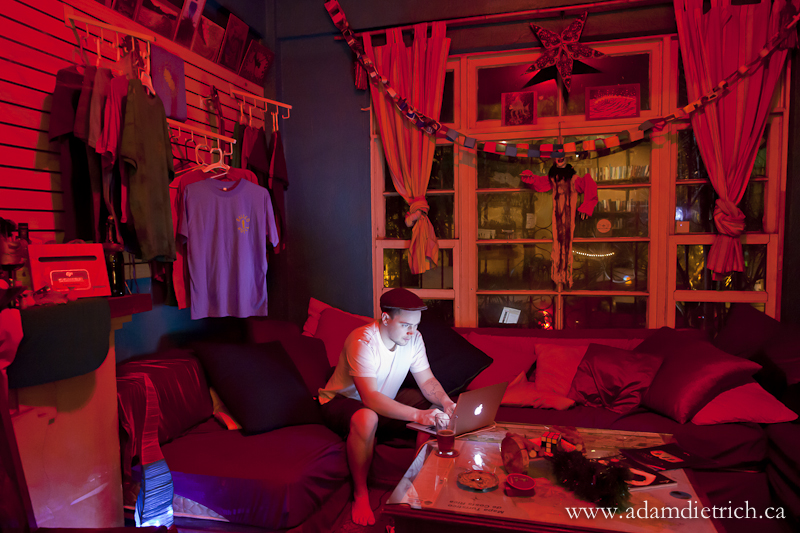 Me... writing this blog post you're reading... super meta.

P.S. I’m currently talking with a lady who works at the hostel… she’s from Guelph, what a small world.